Overlordy: When Comey expresses dismay with “lordy,” Trump responds with, “That’s Overlordy to you!”

Republican’ts: A party that can’t enact its own agenda even when holding all the governmental reigns of power

Republicancer: A disease that started at a tea party and resulted in a Trump Towering Inferno

Republicankerous: The condition of being a grumpy Republican stuck in a dysfunctional and self-destructive party

Putinderbox: Our precarious relationship with Russia

“My Spider-sense is Putingling”: A phrase we’ll hear in the next Spiderman movie

Putinkering: You know, in the election…

That’s all for now, unless you dare click the flower: 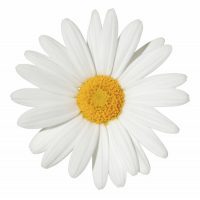 This entry was posted on Sunday, July 16th, 2017 at 4:38 pm and is filed under creative writing, essays, humor, jokes, media, opinion, politics, popular culture, puns, Uncategorized, word fun, word play. You can follow any responses to this entry through the RSS 2.0 feed. You can leave a response, or trackback from your own site.