It, Too, is Stupid

My review of It II: Attack of the Old Movie Clichés

Welcome to Derry, Maine, a town where only Stephen King speaks with a Maine accent. I’d say spoilers alert if there were anything worth spoiling. Perhaps you’ve seen It Number One? That was the movie where the kids of the 1980s fight a killer clown. Not scary at all, but fun characters and good acting. The film ends with a set-up for the sequel, where the characters promise themselves they’ll come back and fight the again in 27 years if the clown comes back and if the original movie makes enough money for the studio to produce a sequel.

The second It does have a few more startling sequences, but nothing that justifies watching people in their 40s fight a mysterious clown/demon of extremely confusing providence. I’ll skip all of the probing criticism I have of this alleged movie and get straight to the main flaw: The film is rife with old movie tropes we thought we had finally outgrown. Namely:

In conclusion, the original It was cute and should have ended with the characters talking the creature out of existence so we wouldn’t have to watch them do it as adults. If you want to see good killer clown movie, watch Killer Klowns from Outer Space. It’s got a great soundtrack. 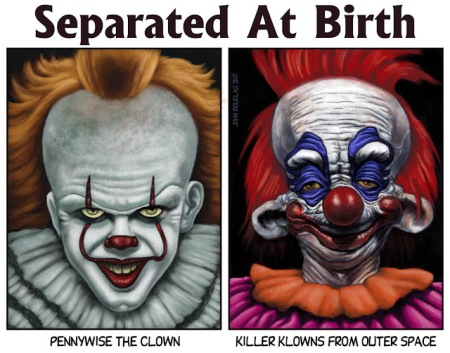 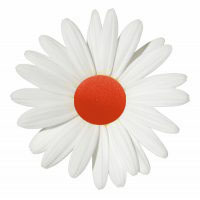 This entry was posted on Tuesday, October 22nd, 2019 at 4:15 pm and is filed under movie reviews, reviews, Uncategorized. You can follow any responses to this entry through the RSS 2.0 feed. You can leave a response, or trackback from your own site.