The Beginning of the End of America

One hallmark of the Pandemic in the United States is that we seem to be in a slow-motion collapse marked by incredible denial by the government and even the media. While many news outlets take the pandemic very seriously, there doesn’t seem to be any public reckoning of the full scope of the unfolding economic and social collapse. The federal government just prints up and ineptly distributes vast quantities of money, and people keep buying stuff on Amazon and and acting like this is just a temporary setback.

The devastating 1972 earthquake in Nicaragua is credited for sparking that country’s 1979 revolution. It took seven years, but it is widely accepted that the enormous, deadly natural disaster and the kleptocratic government’s response was what led to the eventual overthrow of Somoza regime.

We may be living through a similar scenario in the United States in 2020. While we have a widely complacent and relatively comfortably wealthy population compared to 1970s Nicaragua, we also have infuriating systems of social oppression that have stubbornly stayed with us throughout our history, sometimes morphing into different manifestations, and in some cases getting worse.

Most obviously in the light of the demonstrations organically emerging across the country, systemic racism has eaten at the heart of this country since its inception. Past generations fought slavery, only to have it replaced with Jim Crow and fought segregation and disenfranchisement only to have it replaced with racist policing, prosecution and mass incarceration. When people are out on the street demanding justice for the latest known victim of casually murderous cops, many of them also have the pent up rage from being directly affected by the criminal justice system. This means being treated as less than human at all stages of the justice system, from local cops to prison guards living out their power fantasies to asshole probation officers trying to control their lives when they get out. If it hasn’t happened to them, it’s happened to people close to them. No wonder they’re mad at cops, the street-level symbols of this racist, oppressive, dehumanizing system.

Also fueling anger is the worsening income and wealth gap that epitomizes the United States, a country of unfettered capitalist exploitation. Some of this frustration was exposed in the Occupy Movement. Rhetoric of wealth inequity made its way into mainstream politics. But things have just become worse and there’s no indication that it makes any difference whom you elect to office; the rich get richer and the rest get screwed making the rich richer.

As all of the outrage, generational anger and resentment bubble to the surface, as corruption by politicians becomes more and more blatant, as the facade of democracy crumbles, it may be the 2020 pandemic that people will look back on as the start of the end of America.

Republicans keep accusing Democrats of attacking Trump Court nominee Amy Coney Barrett’s faith. It’s a kind of pre-emptive attack, since Democrats aren’t engaging in the argument at all. It’s a Wizard of Oz moment: Pay no attention to the man behind the screen.

The man behind the screen is patriarchy. I couldn’t care less about which religion Barrett ascribes to. Yes, Barrett is a cult member, but not because her specific faction of Catholicism is a cult, but because all religions are cults — Patriarchal cults.

There is a bizarre notion that a strong woman can be a feminist while enthralled by patriarchal anti-egalitarian beliefs. That ain’t feminism. The founding principle of feminism is that all people, regardless of sex and gender, are of equal value. An obvious corollary is that everyone can control their own bodies and consensual reproductive behavior. Someone who says they value the life of a zygote as much as an actualized human woman is not a feminist. A person who believes that a male god put women on Earth to serve their husbands is not a feminist, even if she also believes that God wants her to be a Supreme Court judge.

The purpose of every religion is to maintain social order, to keep societies functioning. The myths of religions can put order to people’s understanding of the universe, but the primary reason we have religion is to keep the rulers in charge, and the rulers are generally men. You may have been taught that religion exists to make people moral, that without a document saying “thou shall not kill,” people would go about killing each other every time someone is cut off in traffic. But the top-tier function of religion is to control the masses of people so that some people can have unchallenged power and jurisdiction of other people.

How can an ordinary, or even a super-super-intelligent ordinary person fall for this? How can a person of color support a white supremacist president, or a woman believe her role is to serve men? It’s called internalized oppression: Internalized racism, internalized sexism, internalized homophobia. That’s the power of culture — it indoctrinates from an early age; its toxic beliefs are passed on even unintentionally by adults to children. It can make a small fish think it’s being true to itself by serving a shark.

There are a lot of great spinoffs to religion: songs that make you feel good, bake sales…. But those are things that have been invented by the cult members to make the cult more palatable, to enhance the feeling of community and to comfort people is distress. As good as those things are, they don’t erase the fundamental fact that the congregants are members of a patriarchal cult designed to maintain the dominion of men over others.

Note: This article was originally posted to my OCD-Free blog on Medium (which you should all be following). However, because it doesn’t fit well with the theme of that blog, I have decided to remove it and place it here, where no one cares. If you miss Daisybrain posts, and I know you do, follow both of my Medium blogs:

Little Things That Piss Me Off

END_OF_DOCUMENT_TOKEN_TO_BE_REPLACED

The United State of Trump 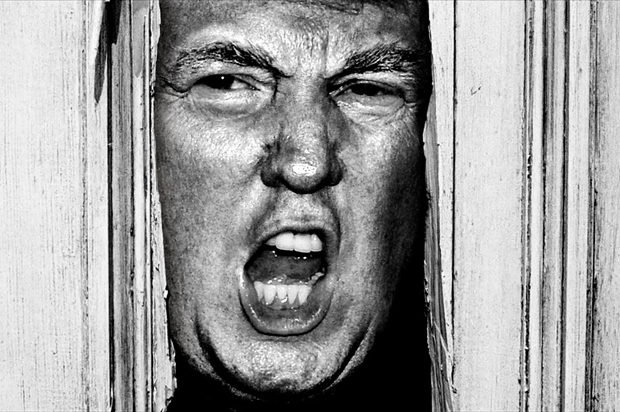 Countries are at their most dangerous when their empires are in decline. That’s when authoritarian leaders gain power, with rhetoric about the rest of the world not taking them seriously anymore. We are seeing the first sign of this alarming development now, with Trump fantasizing that the world is “laughing at us,” and that we have to assert our sovereignty. As US global influence diminishes, I fear that we are in for a sickening transformation of our nation into a a petty, belligerent, whiny country constantly looking for ways to assert its power for the sake of its own ego.

END_OF_DOCUMENT_TOKEN_TO_BE_REPLACED

There’s some kind of leak between my dreams and my so-called reality. It used to be one way, the normal way: bits and pieces of my life show up randomly in dreams. You know, your dog is in your dream, giving you advice, and she’s also your mother. But ever since April 13th, dream-stuff has been appearing in my waking world. For example, as I am writing this, I’m sitting in a café in Vermont, and on the chalk-written menu is raisin-flavored kombucha. Yes, Vermont is full of the hippy probiotic drink kombucha. But nobody really makes raison-flavored kombucha. It’s something I dreamed last night, along with the kombucha-flavored, vegan, raw chocolate cream pie, which I just noticed is also on display here in this café. It makes me wonder what else I’m seeing that I forget I dreamed up.

END_OF_DOCUMENT_TOKEN_TO_BE_REPLACED

The Problem with the War on Terror

The problem with the “War on Terror” is that it’s not. It’s not a war on terror, it’s a war on terrorists. It’s the easy way out – attacking people instead of problems. As we kill person after person, we can claim victory after victory without ever winning anything. The war becomes self-perpetuating, even allowing the use of terrorism in fighting terrorists. As the war kills enemies, it creates enemies, which creates more terrorism. Thus the war acts as a living being, ensuring its own survival.

END_OF_DOCUMENT_TOKEN_TO_BE_REPLACED 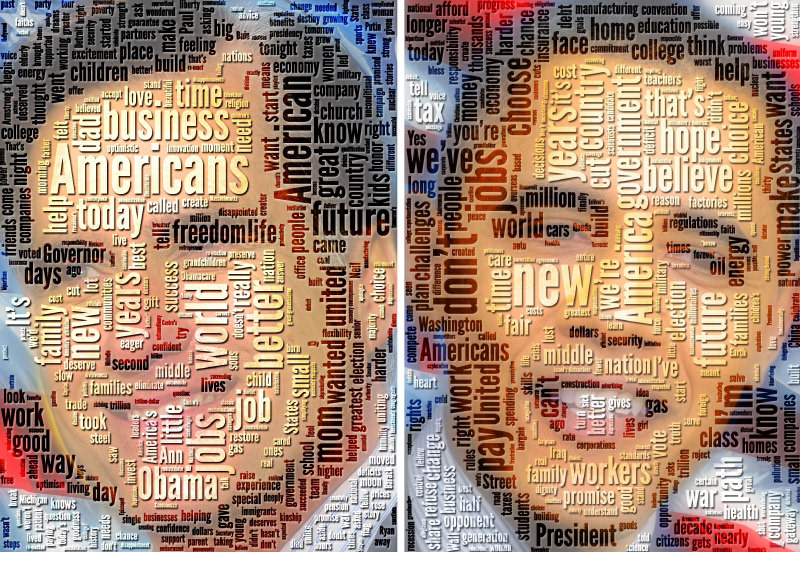 Before those of you who are eligible cast your indirect vote for US President (I hope all of you have come to know your state electors well, since your vote just technically authorizes them to vote on your behalf) it’s important to really know the candidates. Yes, you can look at position papers, voting history and party platforms, but it’s much more revealing (and fun) to see what their very names tell us.

END_OF_DOCUMENT_TOKEN_TO_BE_REPLACED

Here are even more oddities about the English language:

In U.S. politics, we like to believe that everything is balanced; if the Republicans are doing something bad, the Democrats must be doing it too. Outside of the extremely partisan, news commentators will generally be sure to mention that if there is corruption on one side of the aisle then the other side must be up to some dirty tricks as well. If they don’t express that assumption, they fear they may sound biased, and I think that viewers feel more comfortable with the idea that politicians are all tainted regardless of their party affiliation. END_OF_DOCUMENT_TOKEN_TO_BE_REPLACED

When politics gets boring, it’s time to come up with new political jargon. Here are my suggestions:

from poly (multiple) + tics (involuntary twitches); the spasms that people exhibit when their actions conflict with their values